Thomas On Course For Championship Supremacy.

Sydney driver to sit out Production Touring Car round to focus on securing another Formula Vee title.

CXC Global Racing’s Dylan Thomas will be out to maintain his Championship lead in the penultimate round of the 2016 NSW Formula Vee Championship at Wakefield Park this weekend.

Thomas has been the most consistent driver of the season. He’s finished every race, and therefore has the advantage over main title challengers, Daniel Stein and Ryan Reynolds, with two rounds remaining.

Reynolds has had an up and down year that has been plagued by mechanical dramas.
An engine failure in Round 3 at Sydney Motorsport Park saw Reynolds retire from Race 1 – and most recently, he retired from the last race of the series at Wakefield Park due to a mechanical failure.

Daniel Stein has also had his run of bad luck, which started in the opening race of the year, where he failed to finish.

Thomas holds the outright points lead with just six races remaining in the 2016 championship, as he looks to regain the #1 he lost last year, after winning the championship in 2014.

Thomas won two of the three races in the last round of the championship at Wakefield Park, and will look to continue that winning form, to put one hand on the championship trophy this weekend.

Normally on double duties at a CAMS Championship event, Thomas will not contest this weekend’s V8 Superlaps Production Touring Car Championship sprint round, despite winning all three races of the last round in Sydney.

Despite his on-track absence, Thomas will still be heavily involved in the weekend’s proceedings. 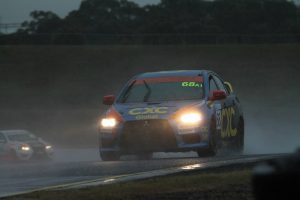 Gavin Holland will jump behind the wheel of Thomas’ Mitsubishi Evo X for the three-race program – one of four cars running in the CXC stable.

CXC Global’s Oosthuizen Motorsport outfit has expanded to three cars for this round.
Roelof Oosthuizen will contest a PTC round for the first time in twelve months – he’ll join sons Daniel and Jacques on the grid.

Daniel Oosthuizen is second outright in the 2016 Club Championship after four rounds, but trails Thomas by a solitary point in the State Championship Class A1 battle – they sit seventh and eighth outright respectively.

Thomas will oversee the entire race weekend operation in Goulburn – preparing and racing his Formula Vee machine, and assisting the four Production Touring Car entries where he can.

Both categories will feature in a timed practice session, as well as Qualifying and Race 1 on Saturday, with Races 2 and 3 to be contested on Sunday. 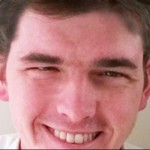 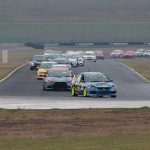 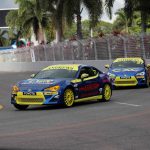